Upper gastrointestinal bleeding results from a variety of conditions that may vary in severity from merely bothersome to imminently life-threatening. While stabilization is standard for nearly all causes of bleeding, identifying whether the bleed is from variceal or nonvariceal sources is critical. Testing and treatments such as nasogastric lavage, antibiotics, somatostatin analogues, proton pump inhibitors, and emergent endoscopy may benefit some patients, depending upon the bleeding source and other clinical factors; however, some therapies that are routinely used have very little evidence demonstrating effectiveness. This issue reviews the most recent evidence regarding appropriate testing, risk stratification, and indications for gastroenterology consult in the emergency department in order to treat these patients appropriately.

Your first patient of the day is a 67-year-old woman with a history of hypertension, diabetes mellitus, and chronic constipation who presents for evaluation of abdominal cramping, diaphoresis, and near-syncope which have been present for the preceding 12 hours. She reports having multiple maroon-colored stools. She takes warfarin and recently started taking aspirin on the advice of a friend. The patient's heart rate is 125 beats/min, her blood pres­sure is 90/55 mm Hg, and she appears pale and diapho­retic. She reports no pain on abdominal examination, but you observe melena on rectal examination. The patient has progressive respiratory distress, and her repeat blood pressure is 80/40 mm Hg. Beyond the ABCs, you wonder what to do to save this patient's life...

Your next patient is a 45-year-old man with chronic alcoholism and cirrhosis secondary to hepatitis C who presents with 2 days of emesis. He reports that his vomit is now containing “cupfuls” of dark-red blood. His heart rate is 110 beats/min, and his blood pressure is 120/75 mm Hg. Other than the tachycardia, the patient is well-appearing; the nurse says, “He looks pretty good – does he really need an IV?”

Upper gastrointestinal (GI) bleeding is defined as intraluminal bleeding from an intestinal source originating proximal to the ligament of Treitz. This landmark has historical significance in the surgical care of intestinal bleeding, but it is of little importance to emergency clinicians in the emergency department (ED). Due to the proximal source of bleeding, patients with potential upper GI bleeding may complain of hematemesis, melena, or hematochezia. At the bedside, these patients may closely resemble pa­tients who are bleeding from a lower or a more distal location. A variety of clinical conditions may cause upper GI bleeding, including peptic ulcer disease, Mallory-Weiss tears, and esophageal varices. Beyond the initial evaluation and resuscitation in the ED, the treatment for upper GI bleeding varies according to the cause of the bleeding and the disease severity.

A literature search was performed using PubMed using the terms gastrointestinal, upper, bleed, variceal, hemorrhage, cirrhosis, Mallory-Weiss, transfusion, anti­coagulation, and melena. Given the extensive body of literature concerning GI bleeding, the search focused on the presentation and management of GI bleeding in settings relevant to emergency medicine practice. Approximately 50 systematic reviews from the Co­chrane Database of Systematic Reviews were relevant. Upon reviewing these Cochrane reviews, additional references were identified that specifically related to the evaluation and treatment of a patient with an up­per GI bleed in the ED. When evaluating the role that various therapeutic agents play in the setting of up­per GI bleeding, a number of studies used surrogate markers (such as findings on endoscopy) to evaluate the efficacy of a particular intervention. We searched specifically for patient-oriented outcomes, such as a decreased rate of rebleeding, a change in the need for blood products, and, most importantly, a change in short-term or long-term survival.

In addition to our literature search, we reviewed available guidelines from the American College of Gastroenterology, the American College of Emer­gency Physicians (ACEP), and the National Institute for Health and Care Excellence (NICE). The litera­ture involving various diagnostic and therapeutic modalities is of fairly high quality, including numer­ous well-run clinical trials. The level of evidence is somewhat weaker regarding guidelines or proposed treatment pathways; indeed, consensus recommen­dations form a majority of the recommendations made in the literature.

1. “She looked good in triage. I am surprised she went into shock.”
Patients with upper GI bleeding have the potential to decompensate rapidly. When seen initially in triage, these patients may appear well. Nursing staff should promptly identify patients with a potential upper GI bleed and triage them appropriately to minimize any avoidable delay between their arrival and assessment by an emergency clinician.

2. “He had normal vital signs.”
In the setting of an upper GI bleed, do not rely too heavily on the presence of normal vital signs when attempting to risk stratify patients. Young patients may experience significant blood loss before developing markedly abnormal vital signs. Similarly, patients taking nodal blocking agents may not develop tachycardia in response to ongoing bleeding. Recognize the risk of occult shock in young patients, and consider the potentially confounding effects of various medications when evaluating a patient’s vital signs.

3. “I didn’t think that the patient needed a rectal examination.”
Patients who complain of having blood in their vomit and stool need to have a complete physical examination performed. Obtain a stool specimen to evaluate for gross or occult blood. In addition, a rectal examination may suggest a proximal source of bleeding, such as a hemorrhoid or rectal fissure.

4. “The patient had a normal hematocrit, so I thought that he would be fine.”
In the early stages of bleeding, patients may have seemingly normal laboratory results, including hematocrit and hemoglobin. Consider the risk of ongoing bleeding, and repeat laboratory testing as clinically indicated.

5. “The patient looked good when I was in the room.”
In a busy ED, it can be difficult, at times, to re-examine patients. Patients with a potential upper GI bleed are at risk of deterioration, so monitor these patients closely to ensure that any changes in their condition are addressed in a timely fashion.

7. “I thought that she would be fine on the floor.”
Consider available resources when admitting a patient with a potential upper GI bleed. Decisions such as the need for intensive care unit level of monitoring and the availability of emergent endoscopy should be discussed and clearly documented during the patient’s ED course.

8. “The patient was stable; I didn’t think she needed to be admitted.”
While not all patients with upper GI bleeding need inpatient workup and monitoring, exercise caution when discharging patients from the ED. Clearly document the findings and decision process that helped make the decision to discharge the patient.

10. “I told the patient to see his primary care pro­vider.”
Patients discharged from the ED need clear time- and action-specific follow-up instructions. A simple approach would be to have patients return for any new or concerning symptoms or if they get worse. Specific signs that should prompt an immediate return (such as recurrent bleeding) should be discussed. Document that a patient verbalized an understanding of the return instructions.

Evidence-based medicine requires a critical ap­praisal of the literature based upon study methodol­ogy and number of subjects. Not all references are equally robust. The findings of a large, prospective, randomized, and blinded trial should carry more weight than a case report. 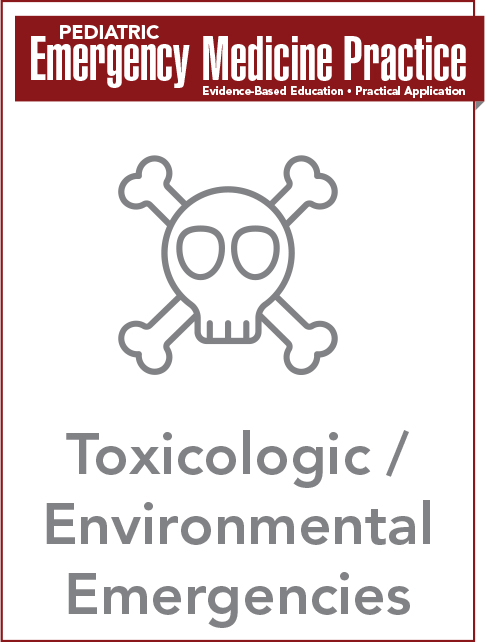 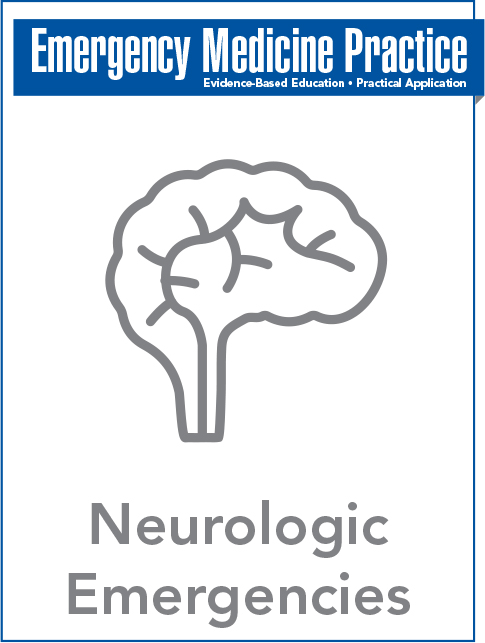 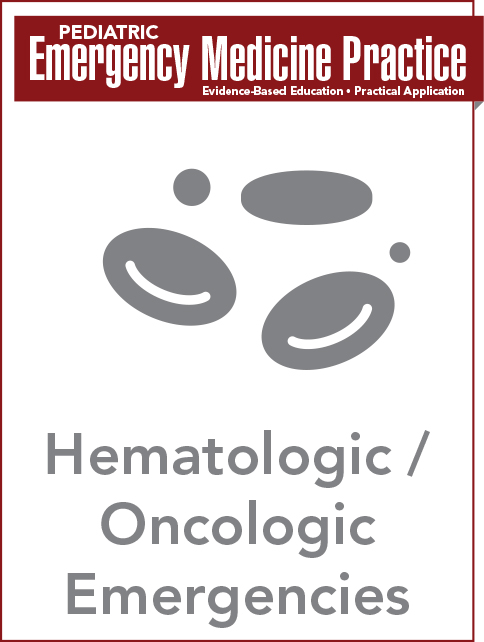 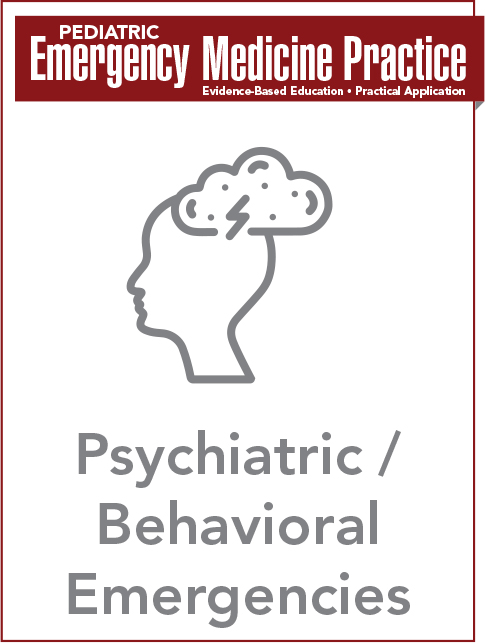 Best Practices In The Emergency Department Management Of Children With Special Needs
Already purchased this course?
Log in to read.
Purchase a subscription