0Log In Subscribe
Read a Free Issue
TOC Will Appear Here
Home > All Topics > Toxic Alcohol Ingestion: Prompt Recognition and Management in the Emergency Department (Critical Care Topic and Pharmacology CME)
FREE PREVIEW
This article is available to subscribers.
Already have an account? Log in. Not a subscriber? Subscribe now. 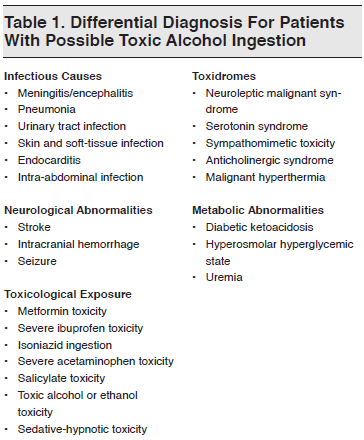 We hope you enjoyed this free preview.
To learn more about this topic and to earn CME credit,
SUBSCRIBE