Evidence-Based Management Of Kawasaki Disease In The Emergency Department

Kawasaki disease, also known as mucocutaneous lymph node syndrome, was first described in Japan in 1967. It is currently the leading cause of acquired heart disease in children in the United States. Untreated Kawasaki disease may lead to the formation of coronary artery aneurysms and sudden cardiac death in children. This vasculitis presents with fever for ≥ 5 days, plus a combination of key criteria. Because each of the symptoms commonly occurs in other childhood illnesses, the disease can be difficult to diagnose, especially in children who present with an incomplete form of the disease. At this time, the etiology of the disease remains unknown, and there is no single diagnostic test to confirm the diagnosis. This issue reviews the presentation, diagnostic criteria, and management of Kawasaki disease in the emergency department. Emergency clinicians should consider Kawasaki disease as a diagnosis in pediatric patients presenting with prolonged fever, as prompt evaluation and management can significantly decrease the risk of serious cardiac sequelae.

A 3-year-old girl presents to the emergency department for evaluation of fever. Her mother reports that the child has had a fever for the past 5 days, with temperatures ranging from 38.3°C (101°F) to 40°C (104°F). The child has some rhinorrhea, but no significant cough. She has been complaining of abdominal pain and had 2 episodes of nonbilious vomiting in the last 2 days. She was evaluated at her pediatrician’s office 2 days ago, and she was diagnosed with a viral illness. Her mother reports the subsequent development of a red rash that started on the child’s face and chest, and it is now present on her trunk, back, and extremities. Her lips are cracked, and her mother attributes this to poor oral intake over the past few days. Today, the child was noted to have red eyes, without discharge, and redness in the genital area. The mother has not noticed swelling of the extremities or peeling skin. The remainder of the review of systems is negative. The child was previously healthy, with no prior hospitalizations, and she is fully immunized. She attends a small, in-home daycare, but none of the other children there have been sick. On physical examination, the child appears tired and ill, although she is not in distress. Her temperature at triage is 39.8°C (103.6°F). She is tachycardic, with a heart rate of 166 beats/min; and tachypneic, with a respiratory rate of 48 breaths/min. Her eyes are injected bilaterally, without purulent discharge. Her tympanic membranes are normal. She has dry, fissured lips. She has shotty cervical lymphadenopathy. Her lungs are clear to auscultation, and the cardiovascular examination reveals tachycardia without murmurs. Her abdomen is soft and mildly tender to palpation throughout, with no hepatosplenomegaly. Her extremities are warm, well perfused, and without swelling. Her skin is notable for a fine, erythematous, maculopapular rash on the face, chest, back, and extremities. The patient’s ill appearance and history of prolonged fever are concerning for the possibility of Kawasaki disease, but you aren’t sure that she meets all of the criteria. You wonder if there are infections you should worry about. Are there laboratory tests you could order that would help you differentiate Kawasaki disease from infection? What about diagnostic imaging tests? Should you start any medications? Are there any other complications that you should be concerned about?

Kawasaki disease was initially described in Japan in 1967 by Tomisaku Kawasaki.1-4 Originally known as mucocutaneous lymph node syndrome, it is an acute, self-limited, febrile vasculitis of infancy and childhood. Kawasaki disease primarily affects small- and medium-sized arteries, including the coronary arteries. Although it is a self-limited disease, early diagnosis and treatment is critical to preventing the formation of coronary artery aneurysms, which may lead to acquired cardiovascular disease and sudden death.

Since it was first described, Kawasaki disease has been well characterized. Affected children generally have fever for at least 5 days, plus 4 of 5 key criteria. These criteria include conjunctival injection, oral mucosal changes, polymorphous rash, distal extremity changes, and cervical lymphadenopathy.5,6 Nonspecific symptoms, such as vomiting, joint pain, cough, decreased oral intake, rhinorrhea, and abdominal pain, may also be present, and may make the diagnosis more challenging. To add to the diagnostic challenge, some patients may develop an incomplete form of the disease. These children will not meet all of the clinical criteria of Kawasaki disease, but they may still develop the cardiovascular complications. Incomplete Kawasaki disease accounts for 15% to 20% of Kawasaki disease diagnoses, and it is more common in children aged < 6 months and in children aged> 5 years.5

No single laboratory test can be used to establish the diagnosis of Kawasaki disease, although laboratory testing can be used to distinguish this disease from other disease entities. Thus, the diagnosis must be made using a combination of a thorough history, physical examination, and laboratory results. If some of the diagnostic criteria are met and Kawasaki disease is suspected, the current recommendations are to obtain an echocardiogram to assess coronary artery involvement. Ideally, this should be done within 10 days of the onset of fever to minimize the risk of cardiovascular complications.

Kawasaki disease is rarely fatal, but virtually all deaths result from cardiac sequelae. In fact, this disease has now surpassed rheumatic heart disease as the leading acquired heart disease in children in the United States.5 Coronary artery aneurysms occur in 15% to 25% of untreated children. Coronary artery aneurysm has been known to lead to myocardial infarction, ischemic heart disease, and sudden cardiac death. Peak mortality occurs 15 to 45 days after the development of fever. However, sudden cardiac death has been documented years after the diagnosis of Kawasaki disease. In-hospital mortality is currently estimated to be 0.17% in the United States.7

A literature search was performed using both PubMed and Ovid. The initial search on PubMed using the term Kawasaki disease resulted in 8170 articles. This was then decreased to 3458 articles by limiting the results to children (aged birth to 18 years) and articles published in English. A similar search in Ovid using the same terms produced 4593 articles. Guidelines from the American Academy of Pediatrics (AAP) in partnership with the American Heart Association (AHA) were reviewed. Search of the Cochrane Database of Systematic Reviews produced reviews of Kawasaki disease treatment using intravenous immunoglobulin (IVIG) and aspirin. The references in the strongest articles were also reviewed to explore the most relevant historical articles.

Kawasaki disease was first discovered in Japan, and the incidence of the disease is significantly higher in Asian populations. As a result, many of the published studies have come from Japan. However, for our purposes, only those studies published in English were reviewed.

A review of the literature for the etiology and pathogenesis of Kawasaki disease produced mixed results. Although there are many studies examining the etiology of the disease, the evidence presented within these studies was weak overall. In contrast, the evidence in support of the optimal treatment of Kawasaki disease is much stronger. Many of these studies have been performed using a prospective, randomized approach. In addition, several meta-analyses on the topic are available and were reviewed.

1. “I thought the child had a viral illness, so I treated her with antipyretics and discharged her.”

Fevers are common in children, and many children with fever will likely have a viral illness. Many of the other symptoms of Kawasaki disease are found in viral illnesses, such as rash and conjunctivitis. However, Kawasaki disease should be considered in all patients with parental report of prolonged fever. Failure to recognize and treat Kawasaki disease in a timely manner can have catastrophic consequences.

2. “The child did not meet the criteria for all of the symptoms on presentation to the ED, so I thought she could not have Kawasaki disease.”

The diagnosis of incomplete Kawasaki disease can be difficult. It is necessary to have a high index of suspicion with regard to Kawasaki disease in children with a fever lasting ≥ 5 days. It is important to note that symptoms may present sequentially rather than simultaneously, and, thus, some of the diagnostic symptoms may be resolved prior to presentation to the ED. If a patient has fever plus 2 to 3 of the diagnostic criteria, further evaluation with laboratory studies and possibly an echocardiogram is warranted to evaluate for Kawasaki disease. By most estimates, approximately 20% of patients with Kawasaki disease will fall into the category of incomplete disease.

3. “I suspected Kawasaki disease, but I was unsure of the diagnosis, so I waited for the laboratory tests to return before beginning any treatment.”

There is no single diagnostic test to confirm the diagnosis of Kawasaki disease. Diagnosis centers on the presence of the criteria for Kawasaki disease, which include fever for at least 5 days, plus 4 of 5 of the following key criteria: conjunctival injection, oral mucosal changes, polymorphous rash, distal extremity changes, and cervical lymphadenopathy. Treatment should not be delayed if the diagnosis can be confirmed by the history and physical examination. Early identification and treatment of Kawasaki disease has been shown to reduce the development of coronary artery aneurysms.

4. “I was unsure of the diagnosis, so I waited to start treatment with IVIG.”

Delays in making the diagnosis and delays in starting treatment significantly increase the risk of developing coronary artery aneurysms. If the emergency clinician has a high suspicion for Kawasaki disease and laboratory values support the diagnosis, treatment should be initiated promptly. Echocardiogram should be performed as soon as possible, but this should not delay treatment.

5. “I know that the guidelines recommend echocardiography for assessment of coronary arteries when the suspicion is high for Kawasaki disease, so I delayed treatment to obtain the imaging.”

Ideally, initial echocardiography should be performed on the day of diagnosis. Guidelines from the AHA and the AAP recommend prompt echocardiography once Kawasaki disease is diagnosed or suspected, although delays in obtaining imaging should not delay initiation of treatment.

6. “The patient failed to respond to initial standard treatment of IVIG and aspirin, and I didn’t know what to choose next.”

Although the standard therapy of IVIG plus high-dose aspirin is effective for most patients with Kawasaki disease, it is estimated that approximately 10% to 20% of patients will fail to respond to this therapy. Second-line therapy usually consists of retreatment with IVIG, potentially in combination with corticosteroids. Although further research is needed, infliximab is generally safe and should be considered as an alternative therapy in treatment-resistant disease.

7. “I ordered an echocardiogram for the patient, but there were no findings, so I ruled out Kawasaki disease.”

It should be noted that a normal initial echocardiogram should not be used to exclude the diagnosis of Kawasaki disease, especially if physical examination findings and laboratory tests are consistent with the diagnosis. 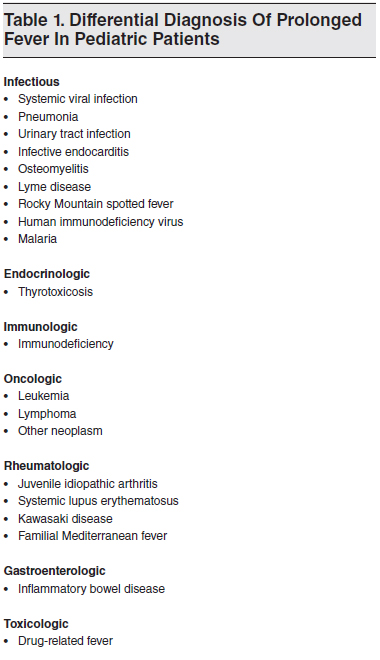 To help the reader judge the strength of each reference, pertinent information about the study will be included in bold type following the refe rence, where available. The most informative references cited in this paper, as determined by the author, will be noted by an asterisk (*) next to the number of the reference. 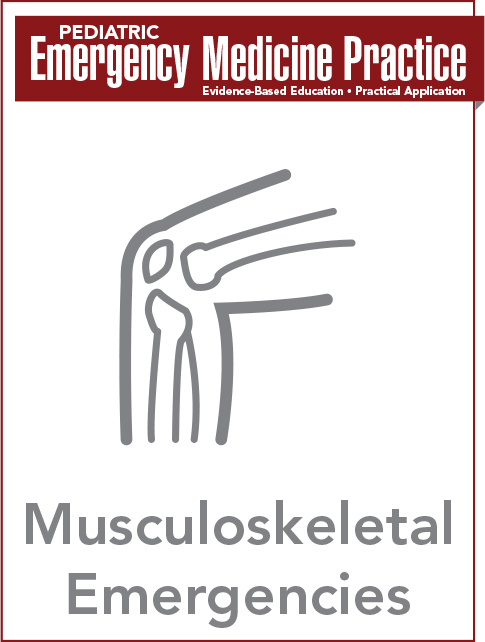 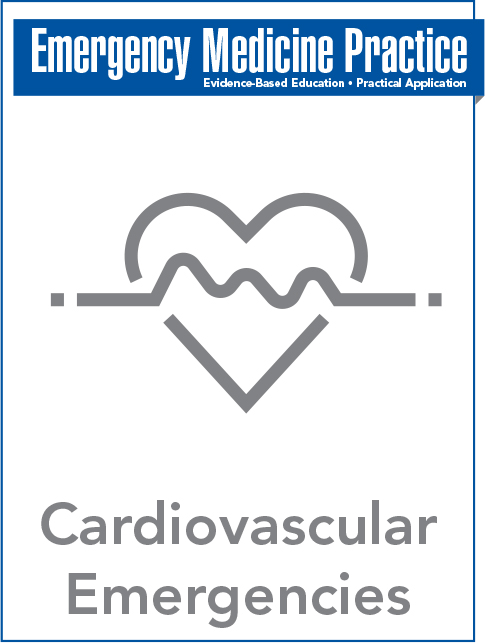 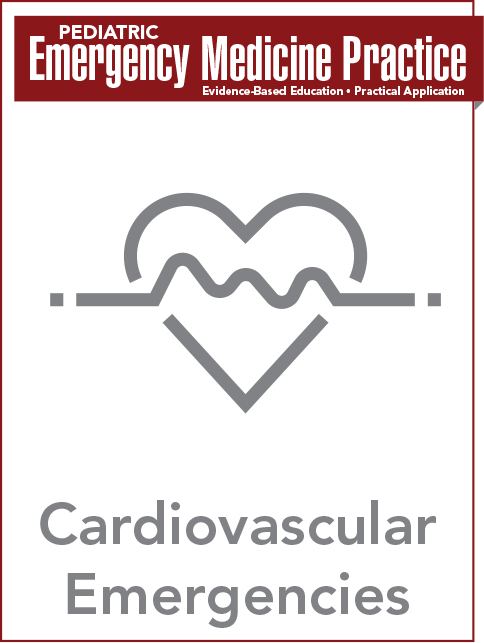 Myocarditis And Pericarditis In The Pediatric Patient: Validated Management Strategies

An Evidence-Based Approach To Managing Asymptomatic Elevated Blood Pressure In The Emergency Department
Already purchased this course?
Log in to read.
Purchase a subscription

Myocarditis And Pericarditis In The Pediatric Patient: Validated Management Strategies