<< Breakthroughs, Boosters, and Beyond: A Practical Primer on Current Challenges with COVID-19

TOC Will Appear Here
Home > All Topics > Breakthroughs, Boosters, and Beyond: A Practical Primer on Current Challenges with COVID-19 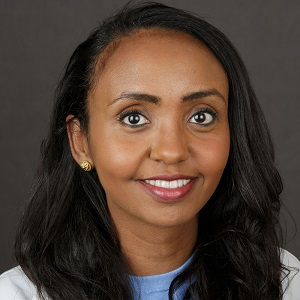 Note: The opinions expressed are solely those of Dr. Firew and do not express the views or opinion of Dr. Firew’s employers.

Two weeks ago, the advisory committee to the United States Food and Drug Administration voted to recommend a Pfizer booster vaccine dose for certain groups at higher risk from COVID-19. Almost immediately after the announcement, my social media feeds became a battlefield for two opposing views: those who wanted boosters right away for all Americans versus those who wanted to vaccinate the rest of the world first. As an emergency physician based in America but with a background in Ethiopia where I was born and raised, I can’t fathom the urgency for boosters. Breakthrough infections are happening, but those who are fully vaccinated are protected from being hospitalized or dying from COVID-19. Meanwhile, the majority of people from my homeland, like most African nations, have yet to receive even a single dose of vaccine. The mortality rates without any protection have been shocking.

Earlier this year, the World Health Organization called on all countries for a massive push to vaccinate at least 10% of the population of every country by September 2021, and at least 30 percent by the end of 2021. As of today, there are still more than 50 countries that have vaccinated less than 2% of their population. At the same time, more than 380 million doses of vaccine have been administered in the United States, and millions more have been wasted or gone unused. It is morally incomprehensible to discuss boosters for rich countries that are literally throwing away vaccine doses while those living in the poorest places in the world are struggling just to survive.

I worked on the frontlines in New York City during the peak of the pandemic. I contracted COVID-19 and survived, and then I went back to work. A few months later, I received the vaccine while I was pregnant and still working. I was relieved, like the rest of my colleagues who became vaccinated. I finally felt safe, and I believed it was the beginning of the end to the pandemic. When the Delta surge overtook the United States, I was beyond disappointed, so I understand and share the frustrations held by many Americans who want to see a return to normal as soon as possible. But boosting small fractions of the global population is not the way to end the pandemic faster.

Many people will agree that all of us are at risk so long as a few of us are at risk, a notion evidenced in wave after wave of COVID-19. We have seen new variants of concern emerge and envelop the world in a matter of months. Some of the new variants are also affecting children, unlike anything seen in previous surges. If we fail to vaccinate the majority of the global population, we face the risk of newer variants, from which we will not be protected by our current vaccines.

When I think back to those early days during the first wave of COVID-19 in New York City, I remember the havoc in our hospitals as we faced shortages in staffing, spacing, and supplies, all the while as more and more patients flooded our emergency department. I remember the fear of coming to work and not having enough PPE, the fear of getting sick—or worse—the fear of coming home and getting my husband sick. That is what it is still like for many of our global health colleagues working in limited-resource settings today.

Last week at the United Nations General Assembly, President Joe Biden pledged to donate 500 million more doses of the Pfizer vaccine to countries in need. The European Union, Canada, and other high-income countries also committed to resolving ongoing disparities in vaccine distribution. This is welcome news, but following through on these commitments will take time, coordination, and oversight. I am not suggesting we withhold boosters forever. I am only asking we first fulfill our promise to protect those most in need. By doing so, we will also be protecting ourselves from a future of more variants, more chaos, and more tragedy.