<<The 2021 Lifelong Learning And Self-Assessment Study Guide, Table of Contents 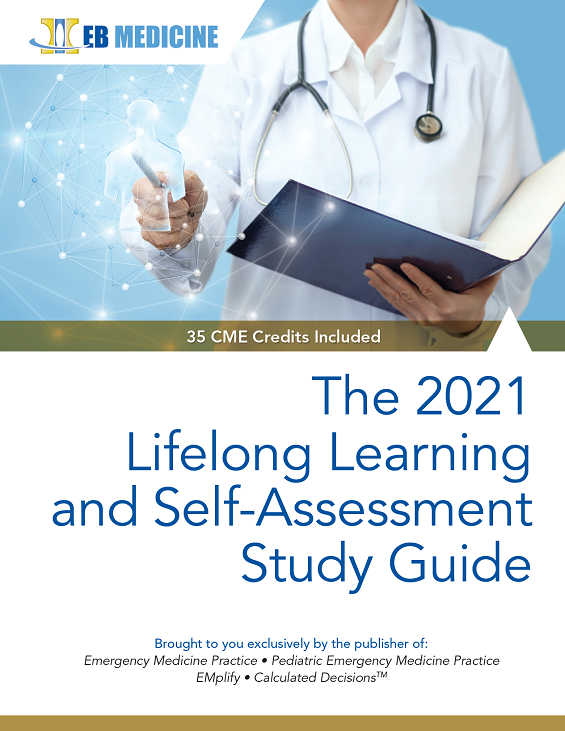 This multicenter randomized trial studied whether positive pressure bag-mask ventilation (BMV) of critically ill patients during the time between induction and tracheal intubation prevents hypoxemia without increasing the risk of aspiration. The 401 patients enrolled were randomized into 2 groups, one that would receive BMV and one that would not. The primary outcome of this study was the median lowest oxygen saturation (SpO2) that occurred from the point of induction to 2 minutes after intubation was complete. The secondary outcome was the incidence of severe hypoxemia, defined as SpO2 < 80%. The median lowest SpO2 in the BMV group was 96%, and in the non-BMV group was 93% (P = .01). In the BMV group, 21 patients experienced severe hypoxemia compared to 45 patients in the non-BMV group (relative risk, 0.48; confidence interval [CI], 0.3-0.77). Operator-reported aspiration occurred in 2.5% of BMV intubations and in 4% of non-BMV intubations (P = .41). The appearance of a new opacity on chest x-ray at 24 hours was found in 16.4% of patients who received BMV and in 14.8% of patients who did not (P = .73). The authors concluded that patients who received BMV during the time between induction and intubation had higher SpO2 and a decreased incidence of severe hypoxemia.